For centuries Palermo has been a city that can be considered the pearl of the Mediterranean, a fundamental joint between Europe, Africa and the Middle East. It’s a city that welcomes, integrates and absorbs traditions and cultures. Its aptitude or form of being, so to speak, arises from Palermo’s numerous cultures dominating over the centuries which have left an extraordinary cultural and artistic heritage, making the city a unique, colorful place and treasure box that have made UNESCO World Heritage List. All monuments, together with both civil and religious sites that are a part of UNESCO World Heritage, are not only a part of the Arab-Noman dominating journey, but also the most tangible and clear examples of how art, civilization and culture have found in Palermo a fertile soil where a variety of different styles can integrate and coexist.
It’s impossible to talk about Palermo without taking into account the Sicilian Baroque artwork found throughout the city giving it many facets, or the Liberty style and art-noveau, which toward the end of the 1800 and the beginning of 1900 transformed Palermo in one of the European cities with the most modern lifestyles. Today Palermo is a city that can be projected into the future while still maintaining solid traditions, a large cultural and artistic heritage, and long-lasting patrimony, all while gaining a vital leverage to become on the most important European capitals and shining again as the pearl of the Mediterranean. One fundamental advantage is its traditions when it comes to food and wine, which are highlighted by a consistency and variety of organic foods, not only in Palermo, but throughout all of Sicily, making the island one of the most important destinations for food and wine.

As a matter of fact, Palermo has been nominated by the Community of VirtualTourist, as fifth city worldwide and first city in Europe for Street Food. To explore Palermo and its Historical center, Suite Quaroni is the perfect option: a bright and welcoming B&B in the heart of Via Maqueda, just a few minutes away from the Teatro Massimo and less than 15 minutes from Central Station. Our attentive staff will be at your disposal for any advice or suggestion on how to best enjoy Palermo. 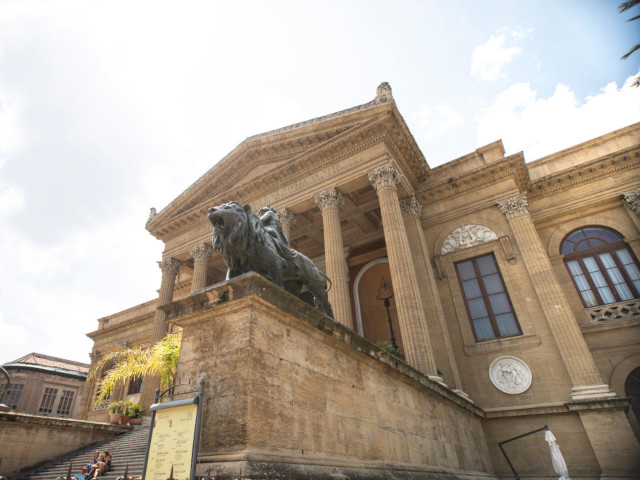 One of the largest theaters in Europe, a temple for music lovers and a liberty masterpiece a stone's throw from Suite Quaroni. 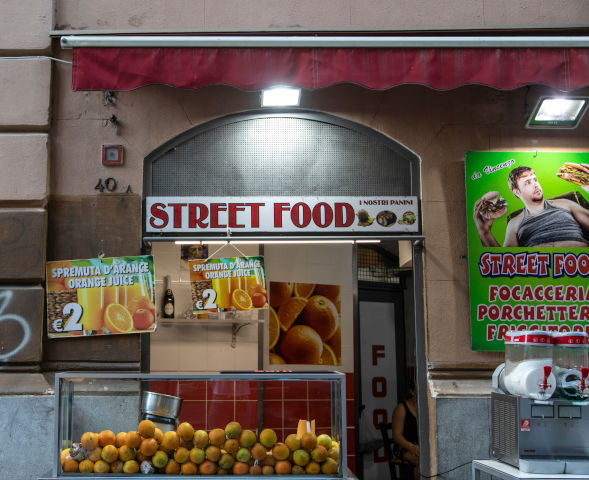 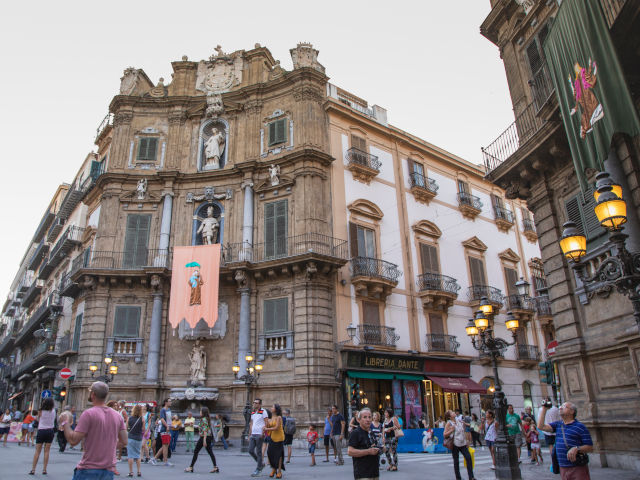 Experience the historic center of Palermo starting from Suite Quaroni: culture, art, shopping. All reachable with a walk.

Suite Quaroni, located in the heart of Palermo’s historical center, is the perfect solution for anyone who would like to stay in Palermo and explore the city at their own leisure.
Reserve directly online through our website for best rates and promotions
Copyright © 2021 Suite Quaroni. All Rights Reserved.
website realizzato da
booking engine per hotel alimentato da
BOOK
CALL US